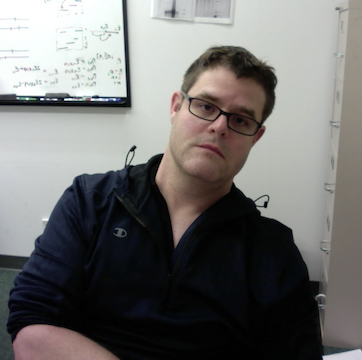 I am interested in natural genetic variation, genomics, and evolution. In particular, I am interested in the evolution of new genes, the patterns and consequences of mutations that change genome structure, sex chromosome evolution, and the genetic architecture of gene expression variation. The projects that originate in my lab typically employ model organisms (e.g. fruit flies and baker’s yeast), though I frequently work on non-model systems through collaboration. I use the tools of population genetics and molecular evolution in order to understand the origin and fate of genetic variation within and between species.

Below are selected contributions I’ve made in the course of my career. See also the publications page.

Evolution of structural variation in Drosophila

How does genome complexity arise? We know that complex modern genomes are descendants of much simpler ancestors and that throughout evolutionary history, mutation has added, subtracted, rearranged, or otherwise sculpted genome sequences. We also know this acquisition and loss of segments of genetic material (i.e. structural mutations) has proven particularly important for increasing genomic complexity, especially when new genes and new gene structures are produced. Our work in Drosophila contributed to the field of structural variation by producing the first analysis of copy number variation in populations at sub-100bp resolution in any organism. This was made possible by our marriage of high density microarrays with hidden Markov models. Our work established copy number as ubiquitous, even in species with compact genomes like Drosophila. It was also the first genome-wide evolutionary analysis of copy number to rigorously estimate the influence of natural selection and genetic drift on such variants. We also identified duplication hotspots and discovered that these hotspots were associated with late replication.

Most recently, we have been using long molecule sequencing methods (ie PacBio and Oxford Nanopore sequencing) to discover structural variation that has previously evaded detection. Following this approach, we discovered that more of the genome is comprised of hidden variation than in all SNPs and indels combined. We are continuing this line of research by measuruing the influence of natural selection on SVs and studying the functional consequences of these mutations.

The origin of new genes through duplication is a central mechanism by which the genetic repertoire of a genome expands. However, the forces that foster the preservation and differentiation of new genes was largely a mystery until full genome sequencing permitted the systematic study of new genes. By studying the origin of new genes through duplication via retrotransposition of mRNA in various vertebrates, we discovered a novel mode of new gene acquisition: biased gene traffic related to sex chromosomes. In our initial studies, we established the prevalence of gene copy export from the X- chromosome in mammals. In this research, we discovered that exported genes gained testis function far above the rate expected by chance and identified avoidance of germline X-inactivation for male related functions as a likely driver. We applied these same insights to the study of the chicken genome as well, discovering that differences in retrotransposon repertoire in the chicken genome likely limit the amount of gene traffic possible in that genome. As high throughput genome technology continued to mature, we began apply these newer method to the problem of new gene discovery. In particular, using comparative genomic hybridization with microarrays, we extended new gene discovery to species lacking reference genomes, as exemplified in new genes discovered in species closely related to Drosophila melanogaster.